The Cherokee Alphabet is a syllabary of eighty-six letters created by the Cherokee Indian Sequoyah, also known as George Gist, to preserve the Cherokee language for posterity.


Over many years, Sequoyah worked with symbols and the sounds of his own native language.  Many people laughed at him for such a ridiculous task.  They couldn’t see the value of having an alphabet, but Sequoyah knew how important it was to have a written record of his language.  He knew with an alphabet that represented the unique sounds of the Cherokee language, his people could write down their history for generations to come.  His children’s children would be able to read about the stories he grew up with and the customs and culture of the tribe from long ago.  When he finally finished his alphabet, he taught it to his daughter, and with her help, he convinced the Cherokee leaders that an alphabet is a most valuable tool.  They could now leave messages and keep a record of important things.  In 1825, the General Council of the Cherokee Nation inscribed a silver medal honoring Sequoyah for his great gift.  The great Sequoia Redwood trees in California were also named for him. 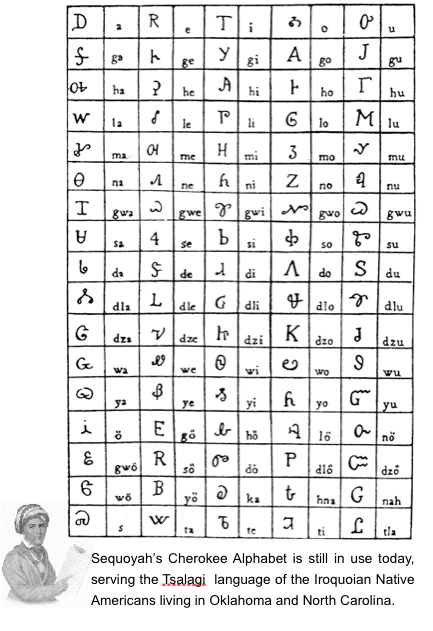